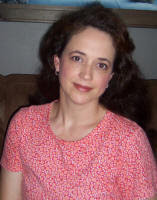 We're very fortunate to have Marianne Arkins stop by today to answer a few questions and share an excerpt from one of her terrific books.

Just look at her bountiful accomplishments at her website! www.mariannearkins.com While you're there you've got to see her trailer for "A Change of Heart." It is one of my all-time favorite book trailers. Direct link: http://www.mariannearkins.com/AChangeOfHeart.htm#BookTrailer


Marianne has free short stories on her website too.


Now on with the interview after which we have an excerpt you're sure to love from her book, "One Love for Liv."


Readers are itching to know more about your writing accomplishments, Marianne. Could you fill us in with a few of the details please?


I have nine short stories and one novel published (8 with The Wild Rose Press, 2 with Samhain Publishing), all are available in eBook format, and the novel is in print.


If you could be one of the characters in one of your books, who would it be and why?


Frank in “One Love for Liv”. He’s just so “live in the moment” and completely uninhibited. It would be great to go through life not really caring what other people think!

Wouldn't we all love to live like that from time to time? What is your most recent book release?


It’s been a little while since I released anything new – most recently “Kitchen Matches” last year. It’s a very light-hearted romance that even Mrs. Giggles said nice things about, and was a lot of fun to write, because I had to keep getting my heroine into messes :-)


Isn't it fun to get our characters into trouble? Did you find the challenges of "Kitchen Matches" difficult to write or would you say one of your other stories was the most challenging to write?


They all have their challenges, of course, but I think the historical short stories I wrote for the vintage line over at The Wild Rose Press were the most difficult because of the research entailed. The littlest things needed research, like how to start a car built in the late 30’s, or what kind of lipstick was popular in 1945. So, I couldn’t just sit and write. I’d have to keep stopping and looking up information on the smallest details. Hopefully that’s reflected in the stories (“Don’t Fence Me In” and “Miles From You”).


Research can certainly be time consuming, especially if you keep getting side tracked like I do when the details are so fascinating. Which of the books you’ve had published is your favorite?


Probably “One Love for Liv” because it’s so unpredictable. I wrote it during NaNoWriMo (National Novel Writing Month), and every time I bumped up against writer’s block I looked in the NaNo “dares” forum for something to spur me on. As a result, I ended up with some eccentric characters and very unexpected scenes (even to me!)


I love eccentric characters and surprises in books I'm reading. "One Love for Liv" sounds like a great read! (Readers, wait until you read the blurb and excerpt below.) What project are you working on now?


I have a few things in the works. I’m working on a sequel to “Kitchen Matches” and a sequel to “One Love for Liv” (I felt so sorry for Geoff, I needed to give him a HEA [happily ever after]). I also have a fantasy about half done and a dozen short stories. I suspect I’m a little ADD when it comes to writing!


Sounds like you don't have much idle time. We've mentioned your website above, are there other places readers can find you on the Internet?


Yes, I have a blog at: http://www.reading-writing.blogspot.com

Terrific! Where can readers buy your books?

The best place to look would be the “bookshelf” page on my website, here: http://www.mariannearkins.com/bookshelf.com

Readers can find blurbs, excerpts, and book trailers from my "bookshelf" page too.


Marianne, thank you so much for telling us about your stories and sharing some great links with us. You have an impressive website too.


Now, on with the excerpt!


One Love for Liv

Liv is out to prove her high society fiancé is cheating on her. Can she do it without breaking a nail—or falling in love with Mike the mechanic?

Olivia "Liv" Leigh, wealthy socialite and spa owner, suspects her fiancé of cheating on her, so she takes drastic steps to discover whether appearances are deceiving. And if those steps require a bit of stalking, a change of appearance, a hippo-sized dog named Spike, and sacrificing her manicure to clean house for a sexy but sloppy man whose neighbor is determined to break several of the strangest Guinness Book of World Records, why should that be a problem?

Mike, a happily single auto mechanic, is more than content sharing his bachelor pad with piles of laundry, dirty dishes, and a sneaky ferret. But when a half-crazed woman in a bad wig shows up on his doorstep, what's a nice guy to do? Why, invite her in, unknowingly help her in her search for the truth and, in the process, fall head over heels for a woman who's never been less his type.

Liv drove past the VW and parked around the corner. Nervous in these strange surroundings, she stepped out of the car. First one foot cautiously touched the pavement, then the other.

Litter dotted the sidewalk, and she sidled around a huge wad of pink chewing gum that glistened on the cement to her right, practically pulsating in the sunshine. The wooden fence beside her was covered in graffiti, mostly silly scrawls of people’s names and the objects of their affections.

With a glance over her shoulder at the beat-up sedan, she gave thanks she wasn’t driving the Miata after all. This neighborhood made her terribly uneasy, and her sweet car probably wouldn’t last an hour parked on this street.


She hurried up the sidewalk to the corner, grateful for the first time she was wearing sneakers instead of her usual pumps, and peered around to make sure Daisy wasn’t looking. Of course, she probably wouldn’t recognize Liv, but it was still good to be careful.

She trailed Daisy until the redhead turned up the walk toward the complex and moved behind some thick evergreen bushes. Liv broke into a trot, not wanting to lose her.

As Liv turned the corner, she nearly ran Daisy over. The woman had stopped to check her mail at the wall of mailboxes just outside the complex.


Liv leaped back and slipped between two parked cars, squatting down to hide for a moment until she realized she couldn’t see anything. She duck-walked up a few cars until she could lean down to peek underneath and watch Daisy’s feet to note when she moved on.

Utterly focused on the sight before her, she had no warning before the driver’s door beside her swung open, clipping her sharply on the head. She flew backward, sprawling into the street and thumping her skull on the pavement. Tires squealed nearby as a moving car whipped around her flattened body.

“What the—?” From a million miles away, a man shouted in surprise. She heard the thump of footsteps but couldn’t seem to open her eyes. “Hey, lady.” A huge, heavy hand shook her shoulder. “Are you okay?”

Something warm and wet swiped her face, both reviving and disgusting her. She kept her eyes closed and limply swatted at it. Her hand hit fur. “Ugh.”

Spike? What was going on? She gave a low moan and tried again to force her eyelids to obey her will, finally succeeding after a Herculean effort. A tanned face covered in five o’clock shadow and smears of black grease swam in front of her. Next to him, its neck surrounded by a studded black leather collar, sat the biggest brown dog she’d ever seen. The creature had drool suspended from its mouth and it looked as if it had swallowed a sneaker with the laces hanging out. Dear heavens, was that what had licked her?

The voice spoke again, and this time she saw the man’s lips move, though they seemed oddly out of sync with his words. The last time that had happened was when she’d seen Shoot the Piano Player in French with English subtitles.

“You don’t look so good. Maybe I should call for an ambulance or something. I whacked you pretty hard.” He touched her forehead and she tried to move away from those greasy hands. Did she have a smear on her skin?

“No, don’t call an ambulance.” Liv was dismayed at how feeble she sounded, but the last thing she needed was to draw more attention to herself. How would she explain that to Geoff or her father? “I’ll be okay. Just help me up.”

“If you’re sure.” Strong, firm hands slipped under her arms and pulled her easily to her feet. The dog leaned against her and shoved its head under her hand. She flinched at the feel of its bony, fur-covered skull even though she appreciated the support. It wasn’t enough, though, and her legs wobbled beneath her.

“Whoa there, Nelly.” The man tightened his hold and steadied her. “Maybe you should come inside and sit down for a couple of minutes. I could give you an ice pack for your head.”

Liv drew herself up to her full height, all five feet, two inches of it—damn, now she missed her three-inch heels—and declared, “I would no more go into a strange man’s house than…than…” She hated that the man only grinned and watched her sputter. She lost the little bit of strength she’d summoned and sank down onto the sidewalk. “I’ll sit on the curb. Just get your ugly dog away from me.”

“Spike? C’mon, he’s gorgeous.” He gave the monster a vigorous scratch all up and down its body. “And he’s not my dog, but don’t worry, he’s a marshmallow.”

“I don’t like dogs.” She dropped her aching head into her hands and peeked through her fingers to watch as the man dragged the dog a few feet away. Spike stared at Liv with droopy brown eyes for a couple moments before he turned and trotted into the apartment complex. Thank heavens.

“Look, you can’t sit out here by yourself. What if you have a concussion and pass out?” The man squatted beside her. “Do you live nearby? I could take you home.”

“I don’t live anywhere around here.” Heaven forbid. Liv waved off his offer with a flip of her hand. “I just need a few minutes to gather my wits.”

“I don’t feel right just leaving you here. Maybe you could go to my neighbor’s? Daisy is a pretty harmless woman—at least if you’re not a man—and from where I’m sitting, it’s obvious you’re no man.”

“Daisy?” That was impossible. What were the odds?

“Yeah.” He grasped her elbow and helped her stand again. Despite the grease and calluses, his hand was oddly gentle and comforting. “I bet you’re seeing double, and you can’t drive in that condition.”

Annoyed he was right, and interested in checking out where the competition lived, she reluctantly agreed. They walked side-by-side into the complex, each step making her head throb more.

She looked up at him, really seeing him for the first time. He was unbelievably tall, well over six feet, and wore some kind of gray coverall that had his name embroidered on the patch affixed to the front.

She squinted at the smaller lettering above his name. Doug’s Import Auto Shop. Saved by a grease monkey. How exactly right for her day.

Marianne, thanks again for visiting with us. I hope you'll come again another time.

Hi Fran, thanks for having me!

You're welcome, Marianne. I'm so glad you could be here.